In West Africa, lesbian, gay, bisexual, transgender and queer (LGBTQ) people live in an increasingly hostile environment. In recent years, a sharp increase in homophobic laws, violence and arrests have focused new attention on the struggles of LGBTQ people in the region. Historically, gay men and men who have sex with men (MSM) have received attention from philanthropists, particularly in response to the HIV/AIDS pandemic. This has overshadowed the issues faced by lesbians, bisexual women, trans people, and other West Africans identified as queer and gender non-conforming.

However, in recent years, new and broader-based LGBTQ organisations have emerged, often led by queer or gender non-conforming women. These organisations face many, sometimes similar, challenges in establishing their structure and supporting their work, particularly in Francophone Africa where the infrastructure of LGBTQ civil society is relatively weak. 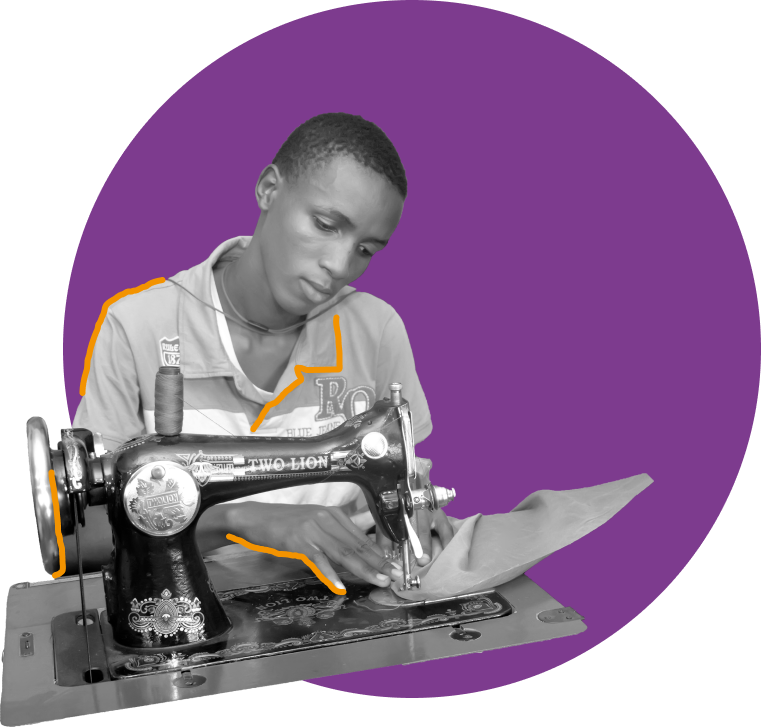 To address these challenges - and following a growing interest from funders in LGBTQ activism in West Africa - a group of activists and funders came together to discuss the need for an activist-led and managed fund in West Africa.

Representatives from American Jewish World Service (AJWS), Astraea Lesbian Foundation for Justice, Foundation for a Just Society (FJS), The East African Sexual Health and Rights Initiative (UHAI-EASHRI) and the Queer African Youth Network (QAYN) formed a Brain Trust to begin an exploratory and participatory process to establish the Fund. To this end, the Brain Trust raised funds to conduct a mapping of LGBTQ activism in West Africa and an analysis of the funding landscape, on the one hand, and on the other, organised sub-regional meetings with LGBTQ activists and other stakeholders to identify the ideal model for the fund and priorities.
Between 2014 and 2015, a team of six consultants conducted the mapping of LGBTQ organisations in West Africa, involving 50 groups and 180 activists from nine countries: Benin, Burkina Faso, Côte d'Ivoire, Ghana, Liberia, Mali, Nigeria, Senegal and Togo.

In July, at the Changing Faces, Changing Spaces conference in Kenya, a meeting with donors and a panel with activists from the sub-region allowed the first results of the mapping to be shared with a wider audience.

In August, the first sub-regional meeting was organised in Côte d'Ivoire, with 38 activists from nine countries, as well as representatives from Pan-Africa ILGA, the Coalition of African Lesbians (CAL) and UHAI-EASHRI. At the meeting, participants validated the draft mapping report, discussed expectations of the fund, and strengthened their understanding of participatory fund models.
Following this meeting and in response to the activists' recommendations, a direct nomination process and call for applications led to the establishment of an Interim Steering Committee (ISC) composed of activists from Burkina Faso, Côte d'Ivoire, Liberia, Nigeria and Togo. The mandate of the ISC was to deliberate, make decisions, and provide strategic direction to define the mission, objectives, and preliminary operating mechanism of ISDAO.
A second sub-regional meeting was held in Senegal in November. Participants discussed different models of participatory funds and governance structures, and defined a 'roadmap' to initiate the operational phase of the fund.

The report, We Exist: Mapping LGBTQ Organisations in West Africa was launched in March.
The ISC developed the strategic framework for ISDAO, including the vision, mission, guiding principles, key strategies and long-term goals. Between April and May, the ISC held consultations on the strategic framework in Burkina Faso, Liberia, and Nigeria, and a virtual consultation with over 60 participants from Burkina Faso, Benin, Côte d'Ivoire, Ghana, Guinea Conakry, Liberia, Mali, Nigeria, Senegal, Togo and the Diaspora.
In August, the ISC became an Interim Board of Directors (IBD) and new members were recruited. The IBD commissioned an analysis of the legal and fiscal environment in several West African countries to determine where to register the fund.

At the end of 2016, the Board of Directors was dissolved.

After a break, ISDAO convenes an Advisory Committee of West African activists to finalise the development of ISDAO, building on the foundations laid by the Interim Steering Committee/Council and to prepare a call for projects for 2018. Members of the Brain-Trust and Advisory Committee are attending the Changing Faces Changing Spaces Conference in Kenya in June to keep activists and donors informed about the ISDAO process and to connect with them.

In July, at the first joint meeting of the Advisory Committee and the Brain-Trust, the ISDAO Interim Governance Body (IGB) was formed. The IGB is composed of members of the Advisory Committee (four activists from West Africa, two French and two English speaking) and former members of Brain-Trust, two of whom are voting members. The IGB decides that UHAI EASHRI will become the fiscal host of ISDAO, with the eventual aim of establishing ISDAO as an independent body in West Africa, and that the UHAI EASHRI team members will sit on the IGB as non-voting members.

In October, ISDAO issued an open call for additional IGB members.
In November, the IGB met in Accra, Ghana, to promote the development of ISDAO and to meet with local LGBTQI activists and community members.

Three new members, all activists from West Africa, join the IGB in January.

In March, ISDAO awarded its first grant to Pan-African ILGA (PAI) to fund the participation of West African activists at the 2018 PAI Conference and to ensure the inclusion of Francophones (through interpretation into French and English) at the Conference.

In May, the expanded IGB met in Abidjan, Côte d'Ivoire, to promote the development of ISDAO and to meet with local LGBTQI activists and community members. The IGB made important decisions needed to move forward with staff recruitment, grants and communications in 2018.

Recruitment of the first Executive Director of ISDAO and other staff members.
Award of the first round of grants decided by activists in the West African region.

Increase in the number of grants awarded in the region.
In response to the global Covid 19 crisis, ISDAO provided resilience grants to groups/organisations in the region. In addition, ISDAO strengthened its grants for safety and security prevention through the Respond Fund.
ISDAO also expanded its portfolio with Asanka Grants to specifically support the Creative Initiatives of the LGBTQI movement, and In Touch grants to directly support the organisational capacity in Communication of groups/organisations.